skip to main | skip to sidebar

One store devoted to making life a little more bearable.

How do I love thee? Let me count the ways...

Okay so I know that I should spend this year's tax return on debt reduction and building our nest egg and creating a sense of security for my husband and myself so that one day we might have the options with regard to jobs and location and lifestyle. Be practical, I tell myself. And normally, I am.
True, I am not always prepared. For instance, I still don't really know how to change a tire. I don't carry a Tide pen in my purse for spills, and I never ever have quarters for the parking meter. But I am pretty practical, in a sensible flats and wash-and-go haircut kind of way.
I also love my little family and I want us to be secure in our future, to feel confident and comfortable with our choices. So I imagine I will deposit this check and pay off a long-held debt. I will gain a little independence and a lighter heart, sure.
But wouldn't a new sofa from anthropologie just be more fun?

Scene: A wife comes in after a long day at work. She puts her arms around her husband and kisses him on the cheek.

Wife: (reeling backward.) Oh my gosh, your ear has been bleeding.

Wife: There is some dried blood on your ear lobe and behind your ear. Does it hurt? Did something happen?

Husband: Oh no, that's tomato sauce.
Posted by Love & Squalor Designs at 9:08 AM No comments:

I'm down in the dumps. It doesn't really matter why. There are reasons, but they are not in proportion to the dumpiness I feel. This is no regular run of the mill moody blues, rainy kind of lethargy that can be solved with a cup of tea and an a quilt-clad pity party for one. No this is bigger than that. And deeper. And meaner. Yes, this is the mean reds as Holly Golightly would say.
In fact, this is exactly what she said: "No. The blues are because you're getting fat and maybe it's been raining too long, you're just sad that's all. The mean reds are horrible. Suddenly you're afraid and you don't know what you're afraid of. Do you ever get that feeling?"
Her solution, if you remember, is not to see a therapist. No dream interpretation for Ms. Golightly. No--she shops.
And so do I.

Here are my latest acquisitions: 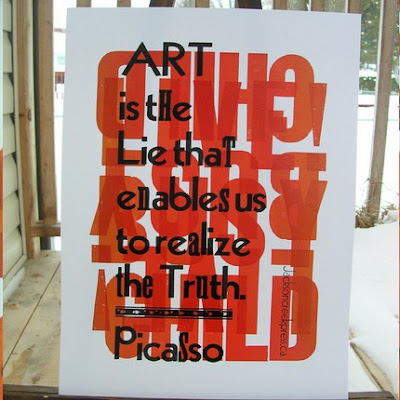 These letterpress prints from Really Good Things, etc. are the perfect addition to the beautiful red living room that I am decorating in my day dreams. Some day I will have the beautiful red sofa (from anthropologie) that would complement these perfectly. Or at least I'll have a sofa.

Besides, I have always loved letterpress--it's the deconstructionist in me--and I couldn't have found two better prints to inspire an aspiring artist and an aspiring writer more.

So for now I wait for the mail man to bring me my presents to myself. I'm so excited to hang these on my living room wall. And while, I'm curled up with a quilt, a cup of cocoa and a good book, I'll remember that these red beauties staved of the mean reds.

P.S. If Richard doesn't hurry home with a hug, I am going to own this Queen Elizabeth pillow by Karen Hilton Designs that I have been lusting after since I first found etsy. Chic and cheeky, a fabulous combo. 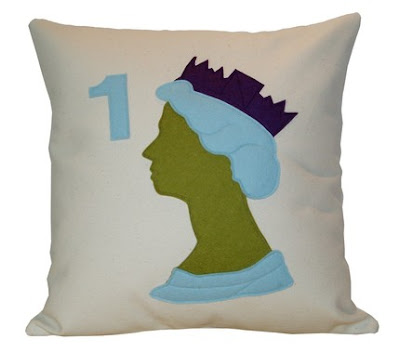 To be honest, I'll probably own it by the end of the evening--hug or not.

Okay, so no one around here is pregnant. Though yesterday, my sister accused me of the condition when I made her wash off the moisturizer that she was wearing because it made me want to puke. In the nicest possible way.

I'm still nobody's mother and if you asked my husband (and he consulted our current bank balance), you would know that I am likely (though not certain, never certain) to stay that way for a while.

In fact, I realized this week that I am the only woman in his family that isn't a mother. I figured this out when I found out that we had missed "Mothering Sunday" or Mother's Day in the UK. Oh, we had the gifts and cards. They'd been stashed away for an age in the "present closet" or rather the "black hole at the back of the house." But where they addressed? Postage affixed? Mailed?

The reason for this was simple. I don't know when Mothering Sunday is. And if I had had to guess, I would have said that it was always the third weekend of March--not the fourth week of Lent. Why would you celebrate mother's day during lent? Why would you celebrate anything during lent? Or so my own mother--the preacher--wondered when I told her that I discovered we had missed it. No presents for Rich's mom. No phone call. Nothing.

Sure, Richard should have remembered, but in our family the division of labor goes like this:
Rich--dishes, laundry, vacuuming. Rach--holiday celebrating, bringing home the big bucks, looking pretty. Not sure that this is a formula that I am willing to mess with too much at the moment.

I might have remembered Mothering Sunday if I were British. Unfortunately, as much as I feel British on the inside (and I've drunk enough tea to make it so), I understand that this just doesn't count. Other evidence that betrays my alien nature: I hate marmite, ribena and branston 'pickle,' I always always look left-right-left when crossing the street, and I still laugh nervously when people say, "toilet" instead of "restroom."

Maybe I would have known about the day if I were someone's mother. I might have gotten a card and a well-wish or two from across the pond myself. But childless is tantamount to holiday-less. And being the only woman in the family who isn't a mother makes me, like the fourth wife in the Joy Luck Club, beholden.

Luckily, I have been forgiven. Someday, I'll know how important this holiday is. Or maybe I won't. After all, I am only an American.

So I am off to the post office to airmail my well wishes to the mothers in the family and there will only be the gentlest of weeping on the way.

P.S. Here's the gift I picked out. A sweet posy ring from Anthropologie (or Anthro as those in the know--aka Richard the employee--say.) What I lack in grandchild-production I make up for in funky-ring gifting, no?
Posted by Love & Squalor Designs at 10:12 AM 1 comment:

We know we were away a LOOONG time...guess where you'll find us next?

That's right.
We're doing our first craft fair on March 15--rain or shine (and this week we've had both here in sunny Austin.) We're hoping for shine. With all our might.
Posted by Love & Squalor Designs at 6:17 PM 1 comment:

Back to the future... 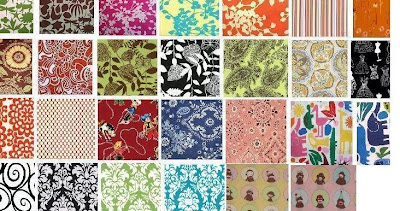 We've been away for ages.
We're back and we've got soooo many new selections to be listed.
And we've got even more plans for the future.

This is an exciting time for us.

just kidding around in 2008 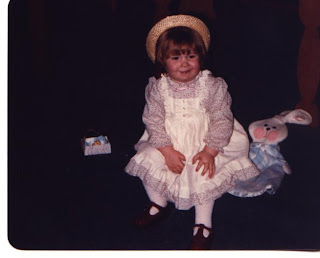 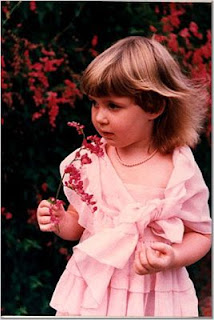 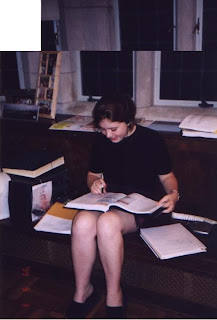 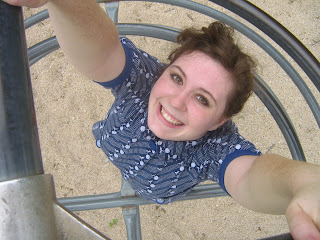 Still a kid at heart, can't you see?
Happy new year to all! I hope 2008 finds you each happy and well. If you stick around until next year, you will see me turn 27 again!
Posted by Love & Squalor Designs at 7:48 AM 1 comment:

The faces behind Love & Squalor

(i'm not squalor and neither is she!)

window shop in our etsy store

Another way to get connected...